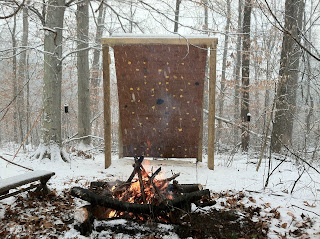 I built this adjustable climbing wall in 2012. All of the lumber is pressure treated. I uses 6”x6” x 12’ posts which were placed in 3 feet deep holes and back filled with sakcrete concrete. The plywood panels are 3/4” pressure treated which I stained with a solid stain. The hinges are galvanized and are screwed though the plywood and into the fame. The kick board is 16” by 8 feet. The movable wall is 3 - 4’x8’ panels.

I start most designs with a sketchup model:

Here's a link to my model.

Here are the download links for 2017 sketchup make. I think it's better than the new web version.

I purchased the stainless steel t-nuts from 3-ball climbing.

I purchased a set of the Moon board original school holds. I used the Moonwall pattern for the t-nuts. https://www.moonboard.com/Content/Information/How-to-build-a-MoonBoard.pdf

The moon holds are pretty small and not good for warming up so I supplemented with holds from atomik.

I purchased the winch from Amazon.


Here is a link to the photo album with some construction sequencing.
https://photos.app.goo.gl/MiAqkwW0wU6j0KL93

I started this article writing a response to the question: 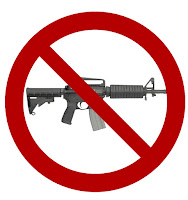 How is the [gun] problem any different than banning alcohol, which kills 10,000 people a year in DUI's?


As Christopher Marten said, the main difference is the purpose of the object. Alcohol and cars are not specifically designed to kill people. Alcohol and cars obviously don’t mix well however, separately each has had a net positive effect on humanity.

Some historians believe cultures in which alcohol was produced survived and thrived due to its antiseptic and preservative properties especially when and where clean water was scarce. The relaxation, stress reducing, and social lubrication effects also provided benefits. Alcohol has been culturally important throughout history as evidenced in its presence in religion. My understanding is that Judaism, Hinduism and Christianity use alcohol. Islam appears to be somewhat neutral on its use and my understanding is Bhudism forbids it. Banning of alcohol was tried and repealed in the US already. One of the difficulties with banning alcohol is that it is extremely easy to produce. Many of us have even made it by accident by leaving a bottle of OJ in the back of the refrigerator for too long.

In the US cars are ubiquitous and we are, arguably, overly dependent on them. Cars help us work, play, see new places, connect with others, move goods, etc. Drastic changes in infrastructure and culture would need to take place to remove cars from our lives. We would have to revert to a nearly agricultural society if we removed cars entirely. I believe that a move to less dependence on cars would be good for our the long term survival of our planet since the production and operation of personal vehicles is resource intensive.

Cars are becoming safer every year. Many innovation and regulations are implemented which are undoubtedly saving more lives. I drove a rental the other day with adaptive cruise control, automatic braking, and lane assist. This car was not to far from auto piloting itself. Self driving cars are here and will be pervasive in a decade or less. These cars will shift culture dramatically and be orders of magnitude safer than our current machines. I foresee a future where non-self driving cars may no longer be allowed on the public roads. These new machines should nearly eliminate risks associated with DUI. As an interim step, ignition interlock technology has progressed and is used in many states for DUI offenders. To limit deaths by DUI sooner, we could mandate that ignition interlock devices could be installed in all vehicles, preventing the inebriated from operating them. 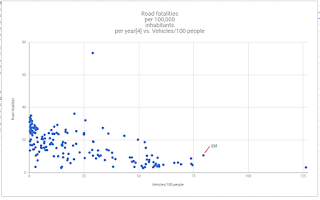 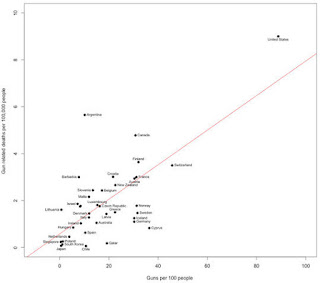 Semi-automatic weapons not have had a net positive effect on humanity. Semi-automatics may have helped some populations overcome others but in those events the outcome is essentially a zero-sum game for the parties involved and a net-loss for humanity as a whole.

DUI’s are accidents. Offenders are typically charged charged with man-slaughter as they did not intend to kill people. Their death, while still tragic is the result of the operators negligence. Perpetrators in mass shootings intend to kill people. Semi-automatics are the tool that easily enables them to carry out their intent. Other tools are available however the amount of research and preparation to build an effective bomb provide a higher barrier to execution.

Gun free zones are a nice idea but are not effective or enforceable. The borders are not clearly and consistently defined and there is no control in and out of the zones. Further, churches, movie theaters and concert venues are not gun free zones.

The current NICS background check system is poor at best. If you are not in the criminal justice system, it is easy to lie and not get caught. Current HIPPA laws prevent medical records from being searched. Form 4473's are not electronically recorded thanks to NRA lobbying so a person can fill out the form different ways to see what will work and authorities will be none the wiser. There is a gross misunderstanding about mental health in this country. Our mental health changes regularly just like our physical health. It is not a permanent state and it is a continuum with no clear boundary between of good mental health and bad mental health.

You can also purchase a gun without a background check. Under federal law, private-party sellers are not required to perform background checks on buyers. This is more commonly known as the gun show loophole.

Gun control is not a singular solution, but it cannot be ignored with a multi-faceted approach to prevent future mass shootings. I think that a ban on semi-automatic and fully automatic weapons and large capacity magazines is the right step for America and peace and human kind.

I invite your comments and opinions. Please adhere to the following guidelines.

Be respectful.
Be kind.
Be patient.
Stay on topic.
Please do not post memes.